In the 21st century, we’re seeing more and more successful female entrepreneurs in various fields, which, in turn, raises hope that in a not-so-distant future, we might see true equality even at the top-tier of the business world. Still, this is not something that can happen on its own. In order to make real change, real progress, you need to be part of the solution. In order to achieve this, you first need to become a leader yourself and then create an environment in which it will become progressively easier for others to follow in your footsteps. To help you out with this, here are several tips and suggestions from women leaders in the industry.

The idea that you’ll have to work twice as hard to achieve the same thing as someone of the opposite sex is not entirely true. In the post-modern capitalist society, efficiency is valued above anything else and everyone has to work hard – regardless if they’re male or female. Perform market research, validate all of your ideas and follow through with a business plan. In this way, when confronted with a question from an interested party, you’ll always have the right answer. It’s the mentality of the professional athlete where you win the match during your preparations and go to the match simply to collect the prize. Not much is different in the business world either.

More ambitious and determined than men

Now, we’re not overgeneralizing by saying that all women are more ambitious than men. We’re not even claiming that most women are more ambitious than men. We’re merely stating that there’s a report which claims that companies run by female entrepreneurs receive more revenue. Why is that so? Well, because there’s still a stigma that the business world is a male-dominated industry, which means that any woman willing to fight against these odds already shows a tremendous amount of determination. When the going gets tough, the tough get going.

Helping each other out

The most important thing of all is the fact that, without the community, you won’t be able to get anywhere. Sure, someone always makes it on their own but, in order to create real progress, you need to use the fact that you’re in a position of power to help others. For instance, female entrepreneurs in Australia can help out their peers by supporting an education foundation in Australia and similar organizations. This can help girls from all over the country, especially those coming from disadvantaged families, to get learning materials, resources and support to pursue their dreams. In just a couple of years, initiatives like these could completely change the game.

Previously, we’ve already discussed the idea that there’s a cultural stigma regarding female entrepreneurs. For instance, for a man, success always improves social standing, whereas, for a woman, there are always fears that people “fear” or “mistrust” women in power. Sadly, there is some truth to these claims, yet, the only way to debunk them is to set a positive example and, as Gandhi once said, be the change that you want to see in the world. In other words, don’t expect the change to happen so that you can reap its benefits. Instead, create the worlds in which others can benefit from your previous positive actions.

Probably the most important concern for every female entrepreneur out there is the belief that, in order to have a successful career, they have to forsake the idea of ever having a family. This is simply untrue and there are a lot of wildly successful entrepreneurs out there who are also mothers and spouses. Instead of this being a burden, to an entrepreneur, a fulfilling family life can be the best motivator out there and even an exhaust vent. Sure, being a parent is a tough job, on its own and, as such, it requires a lot of effort and commitment, yet, it’s a different kind of effort; a different kind of commitment. These two things don’t deplete you in the same way and with the right organization, as well as with the support from a partner, you can successfully pull this off.

Fear is the name of the game

Being afraid when left in the position of power is a natural state for people of all genders, age groups and backgrounds. Suddenly, resources, lives and outcomes of major events rest on your shoulders and this is not always a pleasant thought, no matter how flattering it may seem at times. Ask yourself one thing, what’s the worst thing that could happen if you fail. Sure, there are some losses but no leader was ever dismissed after a single defeat. All you can do here is learn from your own mistake and find a way to benefit from this experience in the future.

Being a part of the team

Some women in leadership positions try to overcompensate, which makes them act as tough as they can and behave twice as authoritative as their male counterparts. This is a bad practice, seeing as how fear is never a good foundation for teamwork or loyalty. First of all, it makes your feedback system less effective, seeing as how your employees will be scared to tell you when there is a problem. A boss who is too authoritative is usually someone who shoots the messenger, so no one will be willing to risk being the bearer of bad news. Then again, any mistake on your part results in a scenario where they might get rid of you, which will, in their books, also be a huge plus.

At the very end, having an idol or a role model is a great idea, to a certain point. Past 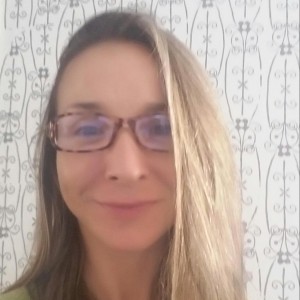 Diana Smith is a full time mum of two beautiful girls, great animal lover and a passionate traveller. In her free time she enjoys visiting national parks and exploring new tropical destinations with her family.
All Posts »
PrevPreviousBig mistakes every entrepreneur should avoid making
NextHow to Protect Your Company in the Face of a DivorceNext